Outside pressure won't deter the illegal regime. What about INSIDE PRESSURE THEN? 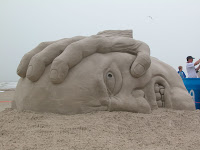 IT IS TIME FOR FIJI'S LAW ABIDING LEADERS TO TAKE THEIR STAND NOW AND LEAD THE PRESSURE TO BRING THIS REGIME DOWN NOW RATHER THAN LATER!

If they are talking reforms to electoral processes and procedures, then get on with it NOW!

This waiting game is just becoming a NUISANCE because NOTHING is going RIGHT at any given point of this regime's rule. It has ONLY been a domino effect of one negative affect after another. From our economy, to job prospects, to security, to speech, to morale, our nation's ability to MOVE FORWARD as Voreqe and his goons would have liked it to be, is JUST NOT HAPPENING ANY QUICKER. And there is NO GUARANTEE that it will even happen after 2014!

It is time our law-abiding leaders DO SOMETHING! The outside world and the international community are doing their part, but IT'S THE PEOPLE OF FIJI INSIDE FIJI WHO ARE NOT DOING MUCH! I'm sorry to sound harsh but where are the leaders? Why aren't they saying something? Why aren't they talking to each other or something? REALLY!

As much as Voreqe and his goons are becoming the laughing stock of the world, our other leaders who are meant to be getting vocal and doing what is best for our people are not helping either by their inactivity to be seen or heard.

History depicts that the struggles of other people in the world to attain their freedom CAME ALL AT A COST to themselves! But it seems like here in Fiji, our excuse for the waiting game is probably becoming a sign of weakness too.

Do we really want our FREEDOM OR NOT?

We have heard all the lies to cover up stories one after another. Potatoe, Potato seems to be the catch of the day when it comes to semantics with this regime.

Clean-up instead of coup!
Expelled instead of deported? or the most hideous claim I've heard today from Nemani Vuniwaqa saying Prof. Lal VOLUNTARILY left! Right! as if we'll believe you over Prof. Lal's version.

And when did Aiyaz and his lap-dog Voreqe know that the electoral process has flaws and needed reforms? Was this before 5 Dec. or after, in order, to save their dirty backsides from sitting on that bench in Naboro or something?

Our call to those who still want us and the international community to call them our leaders, YOU NEED TO BE PROACTIVE NOW!

Otherwise don't even think that if your name appears on that ballot paper come 2014 (God forbid we have to wait for that long!!!), that right-thinking Fiji citizens will vote for you!

INSIDE PRESSURE IS NEEDED, IN CONJUNCTION WITH OUTSIDE PRESSURE. AND THAT'S UP TO US, ESPECIALLY FIJI'S ELECTED LEADERS, WHO NEED TO LEAD.
Posted by Tears for Fiji at 12:17 AM

Tears for Fiji, you ask where are the leaders. They are leading the country, oh! if you mean the old guard, they are too scared to move. Any true leader would stand up if they know something is happenning to the people. I dont know. Maybe they have seen that the Foriegn Reserves are so high they are trying to figure out, HOW DID THEY DO IT???? Peace and love

Jemesa....you mean the wanna-be leaders who STOLE THEIR POSITIONS AT GUNPOINT...they are NOT FIJI"S LEADERS...THEY ARE FIJI'S DICTATORS..GET YOUR FACTS RIGHT MATE. Foreign reserves? What foreign reserves?? Show me the money, the improved infrastucture and such that goes with it and the CREDIBILITY!!! Not just bull-shit words...cos that's all it is - WORDS!