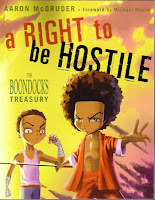 The Illegal CJ Gates wants to talk "policy of hostility", so here are some policies by his dictatorship military regime, which are hurting our nation's people everyday.

4. Taxpayers' hard earned cash used to accomodate the lifestyle and jetsetting habits of these illegals and their families, most specifically Voreqe and his wife. As we say in Fiji- "MATANITABOKA"

6. Illegal appointments of anybody hired by this military regime since December 5, 2006.

8. Robbing our nation of our democratic rights, opportunities, liberty, freedom by Voreqe and the support extended to him by immoral wanna-be leaders like Illegal CJ Gates.

WE DON'T APPRECIATE YOUR WANNA-BE INTELLIGENT TALK ON OUR BEHALF ILLEGAL CJ!