Military fatalities to get compensation - What about teacher fatalities, nurses, doctors, etc etc? 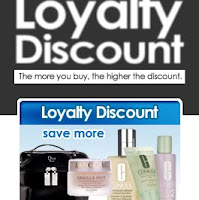 Here's another exercise in 'BUYING LOYALTY OR VOTES' by the military regime. So, they sack current civil servants and make redundant those who are living and need to support their families and children now, in order to save pennies to COMPENSATE DEAD AND WOUNDED SOLDIERS FROM 1978 - 1997? What is this??? Or is this where the SRD increase that Sada Reddy implemented is going, to allow the military regime to withdraw money from the economy?

It's sounding more like a DISCOUNT COMMERCIAL to me.

What about the lives of teachers, nurses, doctors, seamen in government vessels or other workers who have devoted their lives in the cause of nation building from 1978 -1997, who also died or suffered injury during the call of duty? Are they worth nothing? This should be a cause for OUTRAGE on our part people. Voreqe and his merrymen are now frantically scouring around for ways they can buy naive Fijian Loyalty by angling the Qoliqoli Bill, which was really the Qarase-led multiparty government's baby, which Voreqe rejected at first, which led to his treasonous act of coup d'etat. And then the reported news of giving his militarymen and women xmas bonuses. And now compensation for dead or wounded soldiers!

Fiji military servicemen who died or suffered serious injuries while serving in Lebanon and Sinai from 1978 to 1997 can now receive workers’ compensation.

This follows a Cabinet decision based on a submission by Filipe Bole, Fiji’s Minister for Labour, Industrial Relations and Employment.

According to a Cabinet statement, the Fiji Battalion in Lebanon registered a total of 30 deaths and 120 serious injury cases while in Sinai, two soldiers died and 65 seriously injured.

Bole said the affected servicemen or their beneficiaries will now be compensated in 2010 and 2011.