After another wasteful overseas trip for Voreqe and co. to the IMF/World Bank meeting in Turkey, whereby Voreqe was reported as being hopeful of the financial arms extended by these two major world financial bodies, it has come to light that this may not be the case afterall. IMF/World Bank partners are going to look to NZ/Australia for their cue to go ahead and lend the dictator money.

So, where does leave you Voreqe? According to today's Fijilive news, the RBF with Sada Reddy at the helm, reported that, 'Fiji’s tourism industry performed well below last year’s levels in the first half of 2009 while spending is being restrained by weak employment conditions.'

Aha! so where's all the our-economy-is-being-revived-by-us-doing-this-that-and-the-other talk? You will be struggling until the cows come home, if you don't just humble yourself, admit that your MEANS, which is your guns, to obtain your mightier-than-thou mission of being Fiji's reformist, is going no where in a hurry! 2014 is quite a long, long way to wait for financial assistance from abroad to come. You see as much as we as a nation want our own autonomy and all, we still need the assistance of those that have more resources than us to keep us going. Because really, we probably could have been at a better place and make all these arguements reality, if the Fiji military and coup-minded people like Voreqe and Rabuka have not being so macho about their blown-out egos.

Therefore, as much as Voreqe wants to be seen and heard as bringing about the reforms that is needed in Fiji, it would serve him well, to cut the bull crap, admit he was wrong and get us to free and fair elections by 2010. By the way, can he even guarantee us a free and fair election himself? hmmmmmmmmm....

Voreqe our message is clear....it's a long way for you to being a respectful leader amongst other world leaders or even Fijian leaders, fellow countrymen (if one can even loosely use that term for you)...one has to EARN it, you don't just receive it because you have the guns. Oh right, I'm wrong there, you do receive it but only from brown-nosers who can't earn it themselves because they are losers and cowards like you.

You cannot assume that the EU, IMF/World Bank or other international bodies are softening their stance towards your dictatorship. Even to assume that President Obama's message to the people of Fiji on Fiji Day is a sign that he is softening his approach. No you're totally wrong! That is the problem with you, you don't listen to what these people/bodies are saying. You only hear them speak to the people of Fiji and you assume that they are supporting your dictatorship. No, no, no. They want to ENGAGE IN A DIALOGUE! Not a monologue with a dictator. They want to engage in a dialogue with the people of Fiji. The one you used your guns on to force them to listen to you. Their engagement is for the good of the people, so they are not seen to be totally ignorant to the plight of their fellow human beings, who have to be subjected to a barbaric dictatorship as you and your military regime has thrust upon us.

So, really do OPEN YOUR EARS AND LISTEN ONCE AND FOR ALL! Don't be a SELECTIVE LISTENER! 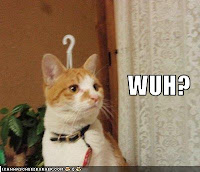